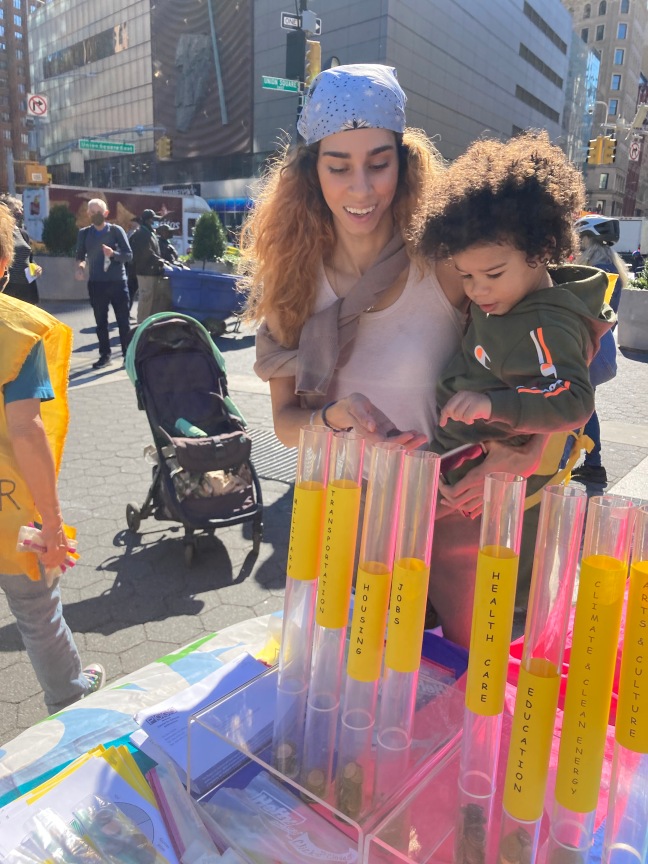 Before we were grounded by the pandemic GPB conducted several penny polls in 2012 to ask people how they would like their tax dollars spent. We gave passersby 20 pennies to distribute in eight possible tax categories. (See chart for categories) This October 2021 we went back into action. Some things had changed and something important stayed the same.

Votes were similar within categories among the five 2012 polls. The position of categories was stable throughout the 2012 polls; transportation and military the lowest; arts/culture and climate/energy (previously called environment/energy) intermediate; housing and jobs medium high; and education and healthcare always highest.

In October 2021, results for five of the eight categories (arts/culture, healthcare, housing, transportation, military), are similar to those for 2012. While we can’t draw conclusions from this small sample, we are not surprised that polls in 2021 show climate higher than those in 2012. Jobs showed declines throughout the 2012 polls, and it is even lower in 2021. Education was variable among the five 2012 polls, and is lower in 2021 than the lowest in 2012.

What stayed the same?
The poll takers still don’t want a major portion of their tax dollars spent on the military.